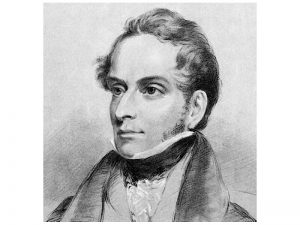 Sir Peter Hesketh Fleetwood, descendant of Edmund Fleetwood, the first named person to reside at Rossall Hall, was the man who put Fleetwood on the map. History about the town is included within the ‘Visit Fleetwood’ website https://visitfleetwood.info/about/history/statue-of-sir-peter-hesketh-fleetwood/

Peter was Lord of the Manor, High Sheriff of the County of Lancashire and MP for Preston (later to be knighted and change his name to Sir Peter Hesketh Fleetwood).

He believed that Fleetwood held the makings of a busy sea port and popular resort, although at this time it was nearby Poulton-le-Fylde which was the busy sea port for sailings to the Americas.

Fleetwood had a river mouth, a natural sheltered harbour, golden sands, sea, air like wine and breath-taking views across Morecambe Bay on clear days. All that lacked was a railway from Preston.

Peter Hesketh hired Decimus Burton and work on the railway and the first buildings commenced in 1836.

Landscape Engineering Ltd were asked to coordinate the installation of a sculpture to acknowledge the contribution Sir Peter made to the town. Comprising a concrete footing with Time Capsule incorporated, and a sandstone plinth, on which the statue would be located, were the key elements of this commission.

The incredible voluntary effort of the Fleetwood Civic Society, Fleetwood Museum and Fleetwood Rotary Club has raised the funding necessary to carry out this installation from a variety of sources. These will all be acknowledged on the literature and signage produced by the group.

The sandstone block weighs around 1750kg and the bronze sculpture around 180kg. This sits on a substantial concrete footing designed by a local structural engineer as the load is located on sand and shale being so close to the sea!

The scheme will be completed in May 2018 and will be unveiled at a celebration event early in May 2018. 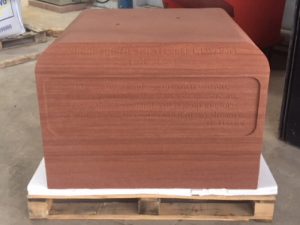