The Mussel Tank, Lytham, was originally built in 1934 to enable fishermen to clean their catch of shellfish. It was actually a series of tanks where mussels were brought here from all over this coastline, some from as far away as Morecambe Bay. http://lsacivicsociety.org.uk/project/mussel-tank/

Why is ‘The Mussel Tank, Lytham’ so special ?

The Lytham St Annes Civic Society have sponsored the improvement project, and gratefully acknowledge the support of the Tom Blasson Foundation, the Lytham Schools Foundation, and Fylde Council. http://www.fylde.gov.uk/

The design was created by BCA Landscape (Chartered Landscape Architects) https://bcalandscape.co.uk/ , and the contract awarded to Landscape Engineering Ltd  of Padiham. https://www.landscapeengineering.co.uk/

The Friends of the Estuary and the RSPB have also assisted with the production of Interpretation boards to explain the history of mussel fishing as well as the flora and fauna of the area.   https://www.visitlytham.info/about/seafront/mussel-tank

Historic use of this site brings modern innovation in the use of paving. Provided by Hardscape ( http://www.hardscape.co.uk/ ), a paving and hard landscaping company based in Bolton. The paving layout was produced using CAD and water jet cutting technology to provide the central square with 3D features giving the impression of the former ‘Mussel Tank’.

The design will incorporate planting, to be carried out by the local community, and a series of artwork panels set into an in situ cast concrete wall. Hardwood seating and pre-cast concrete walls adorn the perimeter and provide a space to soak up the history of times past whilst looking towards the horizon of the Fylde Estuary.

It is envisaged that the space will be used for events and performance whilst ensuring its past is not lost, the Mussel Tank is literally ‘set in stone’ for many years to come. 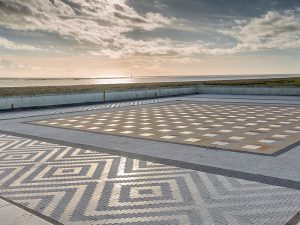 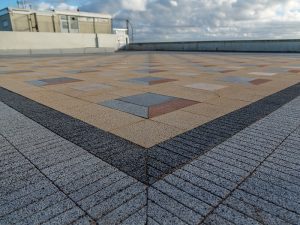 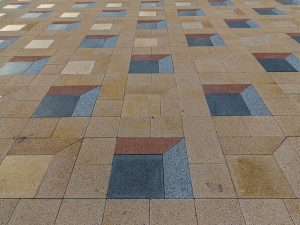 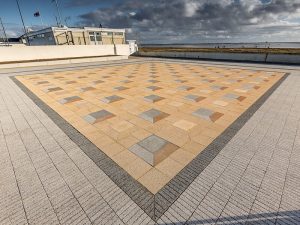 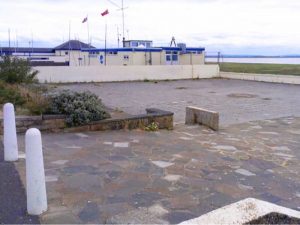 Underused, lack of function and no record of the sites former history